Along with news of Cardinal George Pell’s conviction today for child sexual assault comes the astonishing realisation that at the time he was sexually abusing his young victims, he was also managing the Catholic Church’s response to child sexual abuse - the so-called Melbourne Response.

The Melbourne Response was a compensation scheme which Cardinal Pell designed in order to help atone for the church’s abusive actions. The scheme offered therapy alongside financial payments to survivors.

The finding only underlines the inadequacy of institutions investigating themselves, and underscores the importance of an independent legally-substantiated process for determining redress and compensation.

It now looks likely that Australia’s most senior ranking Catholic and the one-time Vatican treasurer and third most powerful man in the Vatican will face jail time. The Cardinal is the most senior Catholic to be found guilty of child sexual abuse. 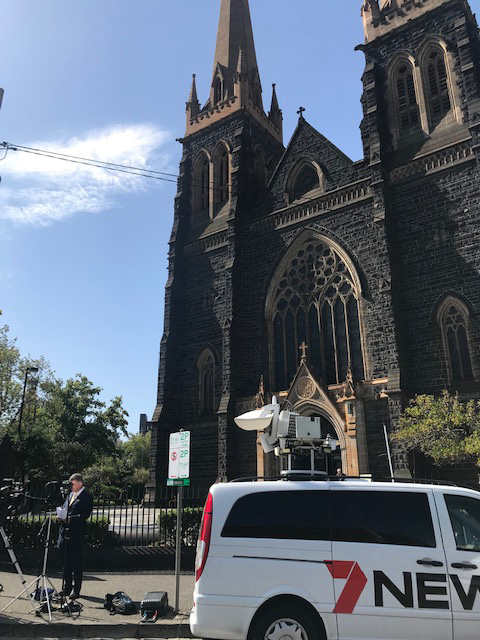 The public has learnt today that on 11 December 2018 a jury in Melbourne’s County Court unanimously found Cardinal Pell guilty of child sexual abuse. A suppression order has meant that the verdict could not be reported on until today.

The details of the abuse are horrifying. Pell was found guilty of orally raping one young choirboy and molesting another. Both victims were only 13 years old at the time.

A pre-sentence hearing is scheduled for Wednesday where it is likely that Pell will be remanded in custody to be sentenced in the fortnight after that. It is anticipated that he will receive jail time.

We hope that the sentence provides justice to his victims, one of whom is now deceased.

Many are now awaiting the official response of the head of the Catholic Church, Pope Francis, who has been presiding over the Vatican’s own child sexual abuse summit. We hope that Pope Francis’ response will be swift in condemning Pell and that this adds further pressure to the need for meaningful reforms.

Will the Royal Commission also release its “Pell documents”?

We will also need to see if the findings from the Royal Commission into institutional responses to child sexual abuse relating to Pell will now be released to the public.

When the Royal Commission released its final report in 2017, the section relating to Pell was redacted so as not to prejudice these court proceedings.