RCT Law represents the former student and has lodged a statement of claim with the Supreme Court of Victoria alleging that the man, who is calling himself Albert*, was subject to a series of perverse, humiliating and abusive acts by a scholastic who later became a priest, by a teacher employed at the College, and by a former student in the 1960s and 1970s.

Albert’s allegations have been corroborated by students who were witness to the abuse and some report being subject to abuse themselves.

Albert alleges that he witnessed years of abuse by priests and teachers while attending Burke Hall and Xavier College in grades 7 to 12, from 1965 to 1971. Life changed for Albert when aged 12 and 13 he boarded at Xavier’s junior school, Burke Hall, Kew, where he became a target for abuse by then Father Celso Romanin.

He was also subjected to abuse by another teacher at the school. Albert alleges to have reported the abuse to authorities at the College at the time, and that his complaints were dismissed and not acted on.

“We’re suing the Jesuits for several incidents of sex abuse to our client while boarding and studying at Xavier. We are seeking compensation for loss of wages and for pain and suffering incurred over the course of his life”, said an RCT representatiove.

“The sex abuse in this Xavier case is especially unusual because the abuse was so alarmingly public and humiliating. In most cases sex abuse is behind closed doors but, in this case, imagine the additional trauma of being assaulted in front of your peers, who were all also innocent young boys at the time and were forced to continue on with school and boarding."

“We are calling on other witnesses or survivors of abuse at Xavier to come forward, because when survivors’ stories support one another, claims are made stronger and the truth can be told."

“We are now seeing a second wave of survivors including former private schools, who are banding together to support one another to seek justice and compensation in an effort to eradicate future abuse. We currently represent many clients in their 60s from Xavier in relation to school abuse.“

Albert* is a pseudonym adopted by RCT’s client in order to protect his privacy.

About the RCT Abuse Law team

RCT Law is the largest Abuse Law practice in Victoria. Since the early 1990s, RCT has acted for more than 2,500 clients who have suffered physical abuse, sexual abuse, psychological abuse, cultural abuse and/or neglect.

RCT is a pioneer in representing survivors of sexual and physical abuse. It has acted for abuse survivors for decades, dating back to when legal obstacles made it almost impossible to take claims to court. RCT lawyers are fierce advocates for the rights of those abused as children, especially now there are fewer legal barriers to take action.

Ryan Carlisle Thomas is calling on witnesses and survivors of abuse at Xavier College to come forward.

Find out more about how you can help ❯ 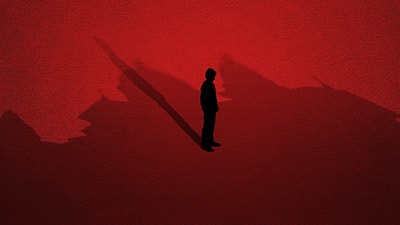 Download a copy of the Ryan Carlisle Thomas Media Release.