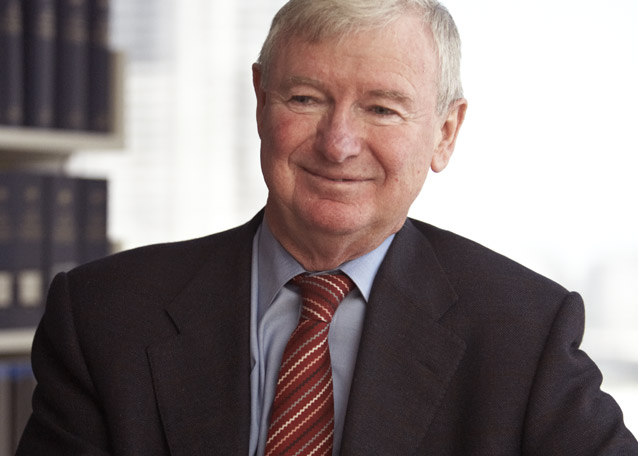 Previous: Part 1: Founders of the firm

Orm, what has a lifetime in law taught you?

In addition to legal methodology, it teaches you patience and tolerance.

I like to demystify law when dealing with my clients as I have spent most of my career working on cases involving personal injuries. This is often their first dealing with a lawyer. Working with trade union organisations, I can advise people but I can’t tell them what to do. In the union or not for profit organisations, I try to work as part of a team.

Is law about the pursuit of truth?

In our legal system, truth is often an unanticipated by-product. Ultimately, we represent the interests of our clients. We can’t put forward propositions we know to be untrue. To diagnose whether clients are telling the truth or not is another matter and as lawyers, we do our best! So, to some extend there is no truth, there are only versions of it. The pursuit of truth would be a philosophical role rather than a legal role.

As a lawyer, I represent interests in the context of the legal system and I examine my client’s position as carefully as I possibly can and pursue it if I can. What I don’t do is give people advice because it is the advice they want, as that can get you in real trouble. In other words, I don’t necessarily tell people what they want to hear.

Instead it’s a process where a client participates and shares their story, and I tell them how I see it and it becomes a cooperative venture.

What has led you to work with unions?

It was my social position when I started practicing law in my younger years. I believed that unions were the only organisations that with all their limitations would advance ordinary peoples lives. Corporations often act from a defensive mechanism and I liked acting for ordinary people.

One of the really good things about my job over the years was that I got to go to where people worked and I’ve acted for almost all the unions except the SDA (Shop Distributive and Allied Employees’ Association).

I’ve attended meetings in abattoirs, oil rigs in Bass Strait, mines in central Australia and the Northern Territory, factories and building sites. All of this work gave me a strong sense of what life’s all about and it has been a privilege.

Has there been one case or one client that stands out for you?

In the personal injuries area, we got the first million-dollar judgement obtained in Australia for a man who suffered massive electrical injuries in a quarry accident in Deniliquin. We ran the case in NSW and were forced to prove absolutely every detail. The client was one of the most admirable people I’ve ever met. He virtually had both his arms and legs burnt off. They said he would never walk again and he did, they said he’d never have children and he did, and they said he’d never work again and he did. He still has massive challenges today.

There was another inspiring fellow whose eyes were burnt out with caustic soda in Maryville and he was blinded. He was an Australian junior champion cyclist and a trainer of dogs and the Royal Guide dogs saved him. He raced again in an unsighted race on the Champs-Élysées.

We have been involved in some very large and important cases in the industrial area. These include the Queensland Electricity Dispute throughout the 1980s in which we coordinated the case for all of the white-collar unions against the Queensland Government. This case ran through several years on and off, and we won until the Government changed the structure of the industry.

In the early 1990s the Kennett Government came into power and cut off union deductions. It took issue with the capacity of the Commonwealth industrial system to make awards and determine the terms and conditions of employees of the state. We ran a case for a number of unions and the decision determined at least at that point, the power of the Commonwealth Government in this respect (re: AEU and others).

The Kennett Government also sacked all of the judges of the worker’s compensation tribunal. I coordinated a group of lawyer all prepared to act on a pro bono basis and we took action against the Government. This matter was resolved and the judges endowed a series of lectures on the rule of law by distinguished lawyers from around the world.

Have you ever failed?

I’ve been part of a couple of disastrous cases involving extraordinary circumstances. I’ve seen people invade courts and Judges vacate and seen cases that lasted for months and became an attack on the union movement. We all have these cases and we learn from them - we tend not to talk about them!

Do you work with many graduates?

Over the years, I’ve worked with hundreds of graduates and articled clerks. I now work in a part time capacity and am not around as much but they know they’re always welcome to ask questions. Our most recent trainees and temporary summer clerks have been first class in the research area and have shown considerable intelligence in the way they approach legal issues.

Any tips for a law graduate?

The future of the law is in interdisciplinary areas. If you’re looking at a career and wanting to make a lot of money, which I never really did, you could do law engineering or law accounting or law science. There are a lot of opportunities in the corporate world but it’s on the other side of the spectrum from me.

Do you have any other tips for success?

You learn from your mistakes. You have to be exposed to matters. It’s no good being put in a back room and doing a little bit of research here and there which is often what happens in big firms. Here you tend to get thrown into it. After a certain point, you’ve got your clients, you’ve got your information – so go ahead and do it - consult. Firstly, go to the legislation if there is any, then go to the authorities and not vice versa.

Next: Part 3: Future insights from Orm and what matters most today