It took some coaxing to convince Orm to discuss his 48 years in law and the history of Ryan Carlisle Thomas, as he clearly prefers to focus on the work the firm delivers.

His intelligence, focus and friendly charm have clearly played a part in helping him grow one of Victoria’s most well reputed law firms.

Orm was quick to share that he is not a fan of press or PR and never has been. While interviewing him, it becomes apparent he is an outstanding storyteller. He has a natural gift with words.

Therefore, to best honour this legal maverick, expert communicator and leader of people, there was no need to edit. Please enjoy a three part Q&A series that focuses on:

Part 1: Founders of the firm 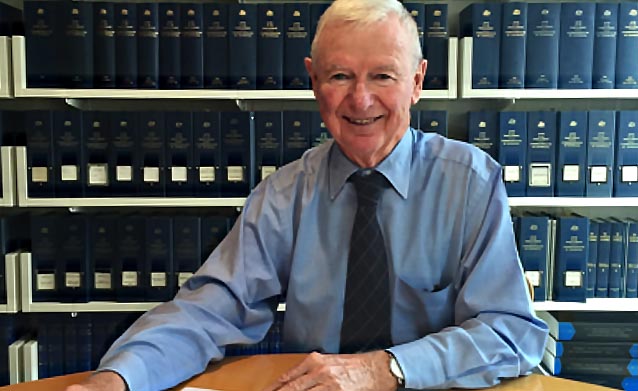 Orm Thomas in the offices of Ryan Carlisle Thomas Lawyers

From the outset of our interview, Orm dedicated time to explain the status of his former colleagues and founding partners. This speaks volumes about his character as Orm regularly highlights that the company is built on the collective efforts of his colleagues, which is poignant from a man who has spent several decades in the spotlight pursuing justice for others.

Orm shares part of a chapter in a history book called 'The Backroom Boys' by Graeme Siglio, which dedicates two pages to the military achievements of his business partner, Major John Ryan. John was widely respected by the likes of 18th Governor-General of Australia, Sir John Kerr, and renowned Australian poet and oriental scholar, Harold Stewart. 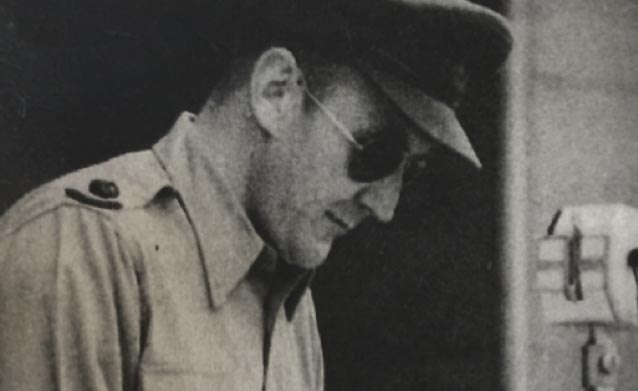 Major John Ryan delivers an address on behalf of the Allies at a public service in Hiroshima on the first anniversary of the dropping of the atomic bomb in August 1946.

In the wake of the war, John Ryan was stationed in Japan where he was a senior officer with the British Commonwealth Occupation Force, as well as working with the US headquarters of the Eight Army and General MacArthur's HQ in Tokyo, Supreme Commander Allied Powers.

He was later the Deputy Secretary-General of the South Pacific Commission before returning to Melbourne where he established his career as an industrial lawyer in Melbourne, including acting for Seamen’s Union of Australia as a solicitor for many years.

John opened an office in 1956 and in 1976 Ryan Carlisle Needham Thomas was established by John Ryan and Bob Carlisle who were working together in Victoria St; Orm Thomas in Dandenong; and Gary Needham in Bendigo.

John practised exclusively in industrial law and specialised in employment and unions and was recognised as a leading practitioner in this area. His peers now say the same of Orm today.

Bob was primarily a personal injuries lawyer and was formerly the Geelong office partner at Holdings before working in the city office with John Ryan. Bob Carlisle remained a partner until 1993 and regrettably died of cancer in 1995. Keith Worland joined Orm, Bob and John as a partner in 1978 and retired as a partner in 1998 and remains as a consultant for the firm to this day.

The RCT team worked from Nauru House for 30 years before moving to the current office in Little Lonsdale Street in 2010.

Ryan Carlisle Thomas assumed its current title on the retirement of Gary Needham in 1983 and Ron Pearce, formerly an articled clerk for Orm, later becoming a partner of the firm. Orm retired from the partnership n 1999 and Ron Pearce assumed the role of Managing Director.

So, where does the name Orm come from?

It’s short for Ormond and is courtesy of my Scottish heritage.

Did you know you wanted to study law when you were young?

No, I just got into the course. (laughs). I wouldn’t have been much good at anything else. I was good at academics and I like history, literature, novels and poetry but I have absolutely no aptitude for it and I study it for pleasure. I can’t paint or play a musical instrument for toffee! If I could do any of those things, perhaps I’d be much happier.

I studied at Melbourne University well before Monash University offered studies in law. My wife, Ruth, was the leading female graduate of her year, but she’ll never tell you that! We met when working at Holdings and Ruth works at RCT full time today and I work two days per week.

Is it true you and Ruth got married on a lunch break?

Yes, I’d been overseas for several months and I came back in late September, got my job back, and Ruth was working there. We took the afternoon off to get married on a Friday and were back at work on Monday – we didn’t have a honeymoon as we only got the afternoon off!

Does being with people in the office feel like family?

Yes! Quite a few people in the various offices have been working with us for more than 30 years. We have employed three generations of the one family – grandmother, mother and daughter. One of the real joys of the office is the support staff as not only do they produce a lot of the work but they interface with clients. They are the core of the practice.