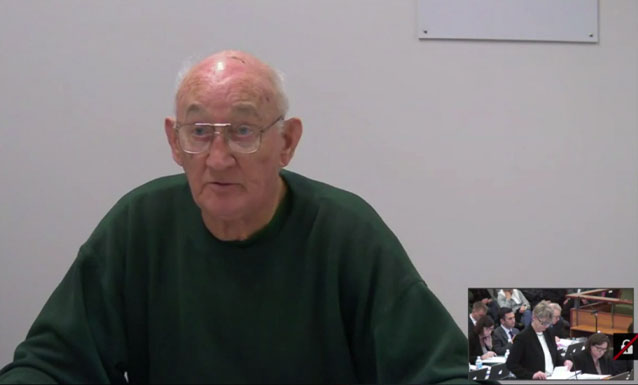 No recollection of being prevented from contact with children – paedophile priest

Sitting in Ballarat, Counsel Assisting the Commission, Gail Furness SC, asked Ridsdale whether Bishop Mulkearns or anyone else had imposed conditions upon him when he moved from the Mortlake parish in Victoria to Sydney to work at the Catholic Enquiry Centre in 1982. Minutes of the Consultors’ meeting (attended by Bishop Mulkearns, Monsignor Leo Fiscalini and Fathers Henry Nolan VG, George Pell, David Arundell, J Martin and E Bryant), where Ridsdale’s movement to Sydney was discussed, record that: “The Bishop advised that it had become necessary for Fr Gerald Ridsdale to move from the Parish of Mortlake”.

Ridsdale accepted that he was moved to Sydney to get away from parishes and to remove his access to children, but replied he could not recall the Bishop or anyone else putting any restrictions or limitations or conditions on his work in Sydney, where Ridsdale agreed he continued to commit offences against children, including a boy from a prayer group he was involved with and a boy at White Cliffs.

His evidence contradicted conditions reportedly imposed on Ridsdale and within the knowledge of a number of members of the Catholic Church hierarchy.

In answer to Commission Chair Justice McClellan, Risdale agreed that despite having spoken to Bishop Mulkearns, and both he and Mulkhearns understanding that Ridsdale had engaged in criminal activity, no one in the Church ever indicated they were going to tell the police about what Ridsdale had done.

Like his evidence yesterday, Ridsdale was unable to answer many questions from the Commission in relation to the Church’s knowledge of his offending, his responses again littered with “I can’t remember...”, “I don’t recall...” and “I’m not sure...”

Numerous documents have already been tendered before the Royal Commission in relation to Ridsdale, including:

It beggars belief that a number of senior church personnel were clearly aware of Ridsdale’s offending and yet allowed him to remain in positions of authority within the Church, where he continued to offend.

Ridsdale, whose known offending began in 1954, is currently incarcerated and will be eligible for parole in April 2019, when he will be almost 85 years old.

26 May Profile: The paedophile priests of Holy Family Primary By Alyssa Lewis